A big question that seems to be tumbling around in the minds of many Christian comedy fangirls is – Are Trey Kennedy and John Crist related?

This is a great question that deserves careful consideration.

My first pass at this question was to analyze the last names of the two persons in question. John Crist’s last name seems to be “Crist,” whereas Trey Kennedy’s last name seems to be “Kennedy.” Obviously, the best way to analyze the similarity between these two is to use the Levenshtein distance, which according to the Wikipedia is “a string metric for measuring the difference between two sequences.”

Okay, well what about the origin of their names? To answer this question, I judiciously chose to trust the findings from the first website that Bing’s search engine gave me.

Okay, so the original Crists probably hailed from Austria. Let’s see about the Kennedys.

Scotland! By jove, that’s not the same country as Austria whatsoever. But maybe they are close? 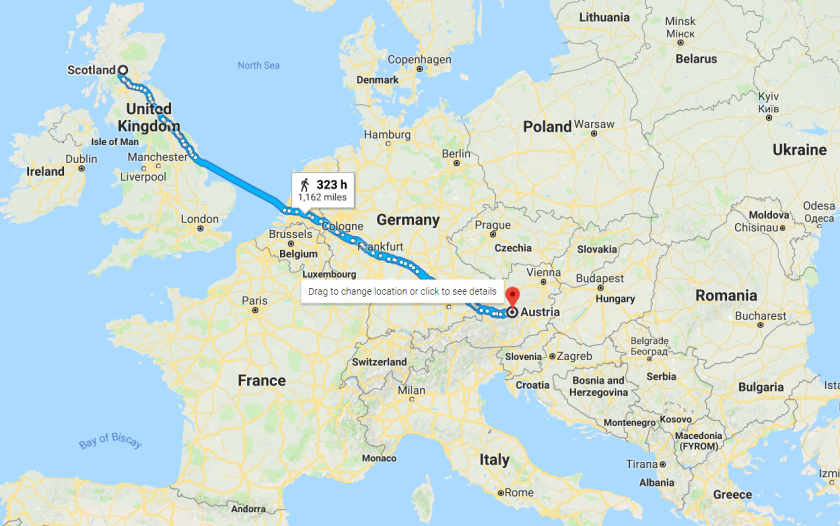 Ohhhhh me! Oh my! I’m afraid they are not. Even though they are both in Europe, it looks like a stroll from Austria to Scotland would take 323 hours! And that’s no traffic and assuming the brave traveler was an excellent swimmer.

Okay, so far this is not looking promising. But surely there are other ways to tell if John Crist and Trey Kennedy are related. Let’s look at their facial similarity match.

55%… that doesn’t seem high at all. In fact, John Crist shares much more similarity with this amazingly gorgeous, completely random woman who I’ve never seen in my entire life!

Alright then, but sometimes siblings don’t look exactly alike, and maybe one of them changed their name to be more fame-friendly. So let’s see — relatives usually grow up around each other. So where did these fellas grow up?

John Crist’s official bio says he grew up in the deep south.

But wait, sometimes Oklahoma is considered part of the south — so maybe we’re onto something! But wait a minute… The interwebz tell us the deep south is defined as —-

Alright everyone, so according to my expert-level, exhaustive analyses, it would seem that John Crist and Trey Kennedy …

Based on the facts listed above, I would like to tentatively conclude that they might be related.

Please weigh in if you have any more analysis ideers!

3 thoughts on “Are Trey Kennedy and John Crist related? An expert weighs in”