EDITOR NOTE, 02/22/2018 6:51 PM EST: Attention woman-haters —- this post was written satirically. If you are riding the female-bashing train, note that sharing this post because you agree with the title 1) proves that you did not actually read &/or comprehend this post for it’s original purpose and 2) boosts the hits for a blog managed by a single woman who normally writes about her own weird love-life, Christianity, or rando stuff that makes her cackle. SO if you are all about spewing vitriol about women, this ain’t the post or the blog for you.

It’s no secret that there are so many incredible single men in the world. They’re smart, funny and basically total catches… so where are all the great girls? The real reason so many men are still rolling solo is much simpler: most girls aren’t worth dating.

MEN ARE BECOMING MORE FIT, ACCOMPLISHED AND INDEPENDENT WHILE GIRLS ARE LETTING THEMSELVES GO. Men have so much to offer a potential partner and the world at large — they’re strong, ambitious and totally self-sufficient. Meanwhile, girls seem to have thrown femininity and true beauty out the window and assume they can get away with the bare minimum. No thanks — they can take that laziness elsewhere.

THEY WON’T PUT UP WITH BULLCRAP. Sure, men could have a relationship if they were willing to look the other way when manipulative liars and skanks pull their crap with them, but why should they? They’ve seen all the same crap and heard all the same excuses time and time again and they respect themselves too much to accept them for the sake of being in a relationship. They’d much rather be on our own.

HEIR STANDARDS ARE HIGH AND THEY’LL STAY THAT WAY. Since men know their worth, they won’t accept anything less than what they deserve from girls. Girls need to be on their level in every sense of the word and if they’re not prepared to do that, men aren’t prepared to date them.

GIRLS THINK THEIR OPTIONS ARE ENDLESS, BUT MEN WON’T SETTLE FOR SECOND BEST. Part of the problem with modern dating is that girls think all it takes to move on to the next man is a quick right swipe on their phone screens. Ghosting and benching are par for the course, but if men so much as get a glimpse of bitchy tendencies, they’re out of there before she can open Tinder.

MEN’S LIVES ARE ALREADY FULL — IF A GIRL CAN’T ADD TO IT, SHE’S NOT WORTH MAKING ROOM FOR. Men have got busy careers, amazing friends, loving families and passions to pursue. Their schedules are booked solid. That means if they’re making room for a girl, she’d better bring something new and worthwhile to the table. If she’s just looking to get her dinner paid for or wants to “hang out” until she figures out what she wants to do with her life, she can go elsewhere.

MANY MEN JUST AREN’T LOOKING FOR WIVES ANYMORE. That doesn’t mean all of men are averse to eventually getting married, but men don’t wake up every day wondering if it’ll be the day that their Pretty Princess comes to melt their heart. Men don’t need to wait for a woman to walk down the aisle to feel as though they’ve reached the pinnacle of manhood — it’s not the 195os anymore and men are as committed to their own happiness and excellence as they could ever be to a girl.

THEY’RE BECOMING THEIR OWN WIVES. Thanks to the breakdown of gender norms and the ability of men not only to keep their house affairs in order but to excel in tasks like cooking, men are now able to provide themselves all the benefits wives used to provide them. Men don’t need a girl to cook for them or clean their house — they’ve got that locked down already. Men don’t even need a wife for kids; if they really want to become fathers, there are ways to achieve that without having to tie the knot with someone they’ll just end up divorcing a few years later. 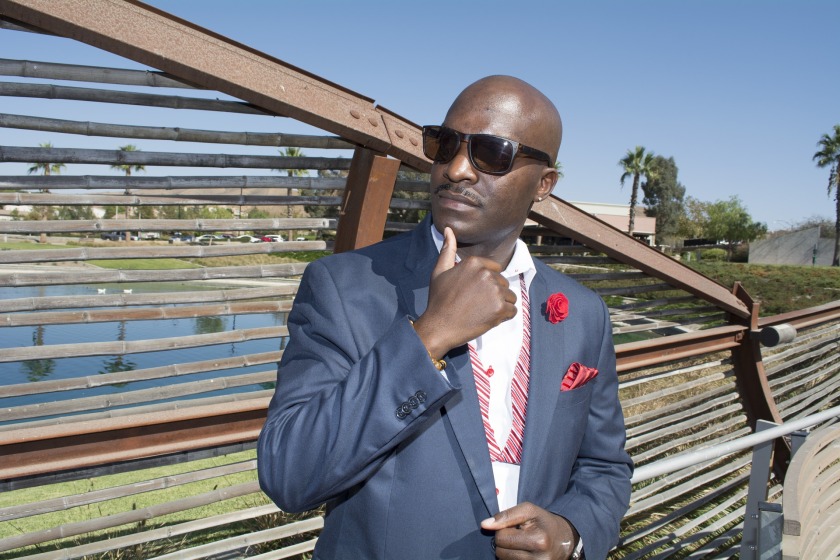 TOO MANY GIRLS ARE INTIMIDATED BY STRONG MEN. Men are not going to weaken themselves or play off our goals and accomplishments as no big deal when they’ve worked their butts off to get where they are. Too many girls can’t handle being with a man who won’t let her control everything. Men demand the best in every area of their lives and certainly won’t put up with little girls who either feel threatened by masculinity or feel the need to try and tear them down to assuage their own egos.

So what’s a man to do? Honestly, not much other than to just keep doing you unless someone worthwhile comes along and makes you want to be in a long, committed relationship or get married.

Ladies: Did this post annoy/upset you? Did it come across as super condescending and insulting? Good. Because it was almost a word-for-word copy of a self-congratulatory article I found that was originally written by a woman for women that is tragically representative of many articles I’ve read on women/singlehood. I just switched the pronouns to jar us out of our delusional sneering. We have got to stop talking about ourselves like we’re Xena Warrior Princess and all the men around us are Napoleon Dynamite. You can celebrate femininity and have standards without tearing men down! Dr. Galloswag sez, “This vitriolic shoot ain’t helpin’ nobody.” Now dismount your princess carriage and go hug a man you respect.

11 thoughts on “Men aren’t marrying these days because women are pathetic.”