I recently started a new position at my university. It always takes a little time to assimilate to a new work culture, but this department is especially bewildering. It’s not just that I went from a department with entire colloquiums about pair-bonding to a department that’s more interested in base pairs. Nay… nay! It’s more than that.

The very halls of this department are saturated in mystery.

First, there is the Vanishing Succulent Enthusiast. In the break room, the perverted remains of a misguided Pinterest project pervade the counter space. Cacti in a cass dish– why didn’t I think of that?! Oh, bc it’s creepy and nonsensical that’s why. Who put them here? No one knows.. supposedly. Yet they haven’t died, which means **someone** is tending them. Who could this be? 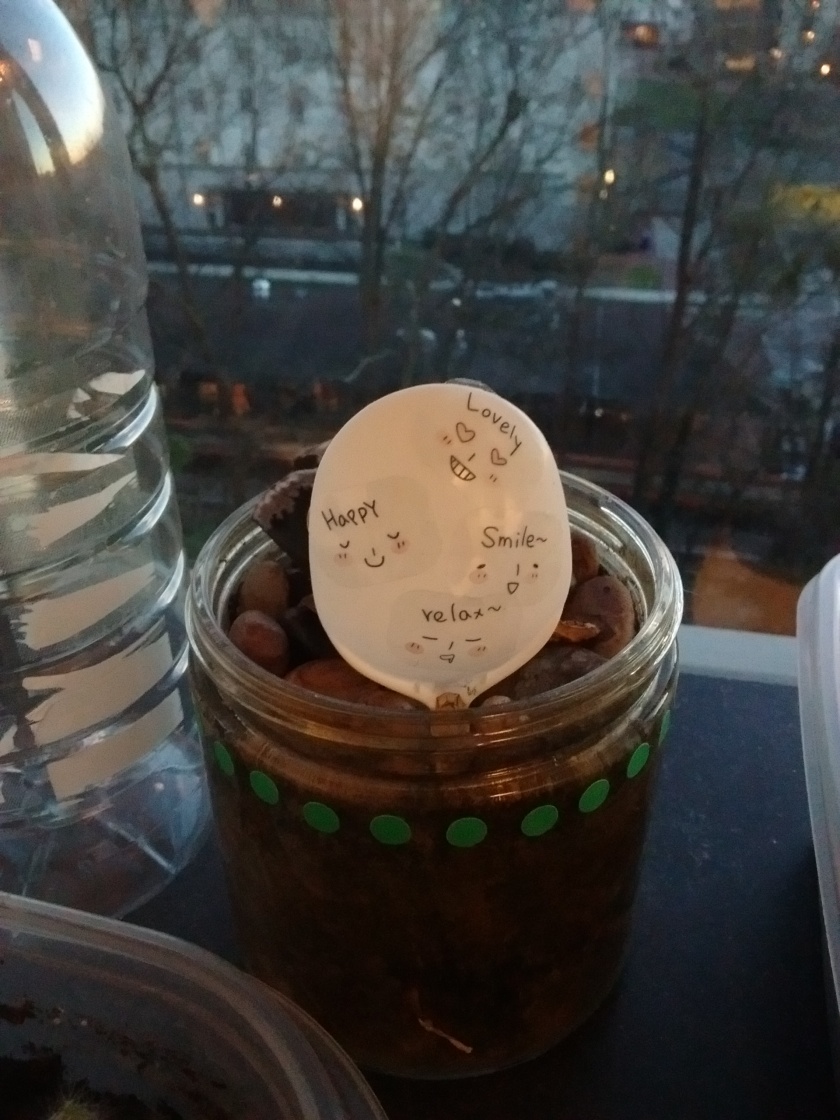 Especially strange is the Spoon of Encouragement embedded within the cacti. Have you ever been feeling down, and just longed for a spoon to come out of nowhere and  lift your spirits? Then this break-room is for you! Look no further than within the prickly beasts taking up 40% of the viable counterspace! This utensil of cheer has taught me a simple but profound truth: it’s not the food on the inside of your spoon that’s important, it’s the message on the outside of your spoon! Selah But.. what is the source of this spoon’s sapiency??

Let us now consider the Powder Room du Femme Greenhouse. Gone are the days in which we all had to muster up the courage to poo sans the comfort of nature. It’s so simple— all that unused counterspace is perfect for a full plant display to delight the senses of all restroom patrons. Just breathe it in.*

What remains to be determined is if and how the same VSE is responsible for these potty plants.** Stay tuned!! 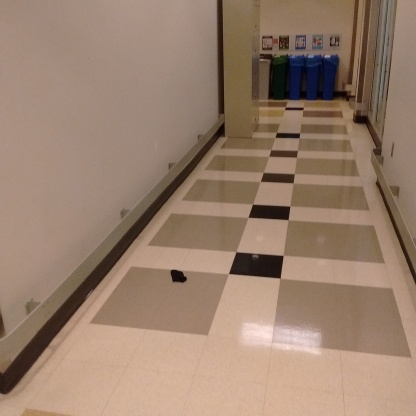 The intrigue of the plants was only recently surpassed by the Sock of the Survivor. This laundry enigma debuted on December 19, 2017, tossed carelessly on the floor. Despite some diligent sleuthing,  I was never able to identify a Unisocker among my colleagues. Thus, I can only conclude that the sock came from an extra-departmental source. Was it a message from the humanities that was too symbolic for us hard scientists to grasp? Did a frustrated lab tech rip it off in a fit of rage after a botched PCR attempt??

One week later, someone – exactly who was never determined – relocated the sock from the floor to the bench outside of my lab. It remained there for several weeks, generating a buzz of speculation amongst my labmates and I. We considered taking turns wearing it, as a symbol of the post-modern absurdism that permeates our daily lives.

But alas, not even two days ago, the sock was gone. Did the original sock-wearer find it and go away rejoicing? Did the sock creep away to another department floor, desperately seeking a new adventure?

So many questions, very few answers. But that’s why I’m a scientist I suppose – the mysteries, the unknowns, they thrill me!

What a department! What a LIFE!

* As deep as you dare, given the environment.