..a smart, funny woman’s best bet to snag a man may be for her to limit her vocabulary to disyllabic words and giggle vapidly at his jokes. 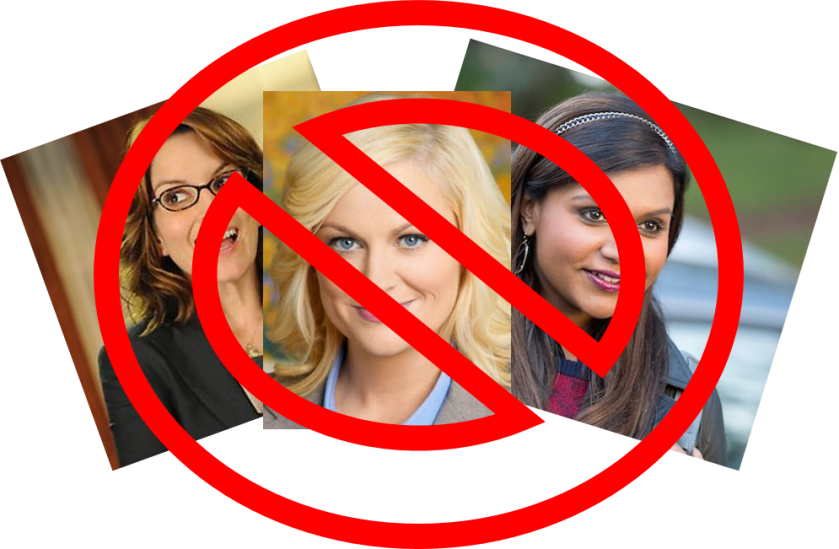 I recently read two articles that explained my singlehood to me so beautifully. I’m not single in spite, but because, I’m so frickin’ funny* and smart**.  According to this article in The Atlantic, men want women to laugh at their jokes, not to laugh at women’s jokes. The article further explained that humor correlates to intelligence, so gauging someone’s humor is a fast proxy of their intelligence. A Huffington Post article I found corroborated the first one – men find smart women – particularly women who are smarter than them – less appealing to date.

I have to say, this is the most ego-boosting reason I’ve heard lately for being single. It has nothing to do with my fashion, weird eating habits, or random quirks – men just don’t want to jump funny bones (aha, see what I did there? Whoops probably just lost a few more romantic prospects… Can’t stop this Lolz Train).

I’m torn by this news. I’ve never been so appreciative of not being appreciated, but it’s also annoying that a smart, funny woman’s best bet to snag a man may be for her to limit her vocabulary to disyllabic words and giggle vapidly at his jokes. Yes, I take this a little bit personally, but it’s also the principle of the matter.

But before we women commit ourselves to indignantly blowing the Shofar of Shame and call out men for being insecure pricks, let’s consider several alternative explanations.

This is hard to handle, but it’s possible that the same jokes that split your girlfriends’ sides are just lamé to the Monsieur Averagé.

Men could be horrified that if they laugh too loudly, the woman will suddenly burst into tears or judo chop him for not protesting that her thighs in those tight pants don’t actually remind him of a partially busted can of crescent rolls. This whole scenario might make men so tense they rather just make fun of themselves instead and let the women laugh at their expense.

Waxing poetic and being romantical is already putting men into a position of emotional, sometimes physical, vulnerability. Perhaps the thought of a woman mocking him in her own thoughts, to her girlfriends, or on a public blog post (teehee) makes the potential cost/benefit ratio too unfavorable to even consider.

This is kind of a stretch, but especially women in academia – even if they do have a good sense of humor – seem more likely to go off on a rant about male privilege, act insulted when he tries to hold the door for her… or you know, get riled up by a documentary about bra burners and start refusing to shave her legs.

..I don’t know, really. I’m just trying to be gracious here, and think more creatively. Why don’t you speak for yourselves, men?

Do you consciously find funny/smart females less attractive? If a woman gets too funny do you think to yourself “Oh snapz, she’s funnier than me. Gotta go find someone who is so dull that she’ll find my lamé jokes hilarious.”? Or is it more implicit, and you just happen to think that women who are really smart are also arrogant, nerdy, or annoying? Or is this research just dealing in averages, but YOU’RE no Monsieur Averagé, and actually actively seek out smart and funny women? I mean, I know funny smart married women, so obviously it’s not a huge turn off for all men. But.. did currently married women tone down this part of themselves while they were dating?

I’m genuinely curious – I promise I want to know the truth of the matter and I won’t publicly accuse you of being a jerk-face. Although privately I may make a little voodoo doll and tell it jokes all day just to be spiteful.